What a wonderful sunny day in the Valle dei Templi. I didn’t expect to see those nice Greek temples in Sicily. The Valle dei Templi  is an archaeological site in Agrigento (ancient Greek Akragas), Sicily, southern Italy. It is one of the most outstanding examples of Greater Greece art and architecture, and is one of the main attractions of Sicily as well as a national monument of Italy. The area was included in the UNESCO Heritage Site list in 1997. Much of the excavation and restoration of the temples was due to the efforts of archaeologist Domenico Antonio Lo Faso Pietrasanta (1783–1863), who was the Duke of Serradifalco from 1809 through 1812. 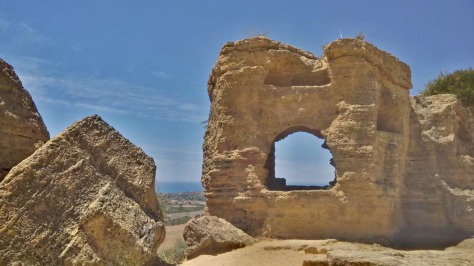 The Scala dei Turchi (Italian: „Stair of the Turks“) is a rocky cliff on the coast of Realmonte, near Porto Empedocle, southern Sicily, Italy. It has become a tourist attraction due to its unusual white color, as well as by its mention in Andrea Camilleri’s series of detective stories about Commissario Montalbano.

The Scala is formed by marl, a sedimentary rock with a characteristic white color. It lies between two sandy beaches, and is accessed through a limestone rock formation in the shape of a staircase, hence the name. The latter part of the name derives from the frequent raids carried on by Moors. 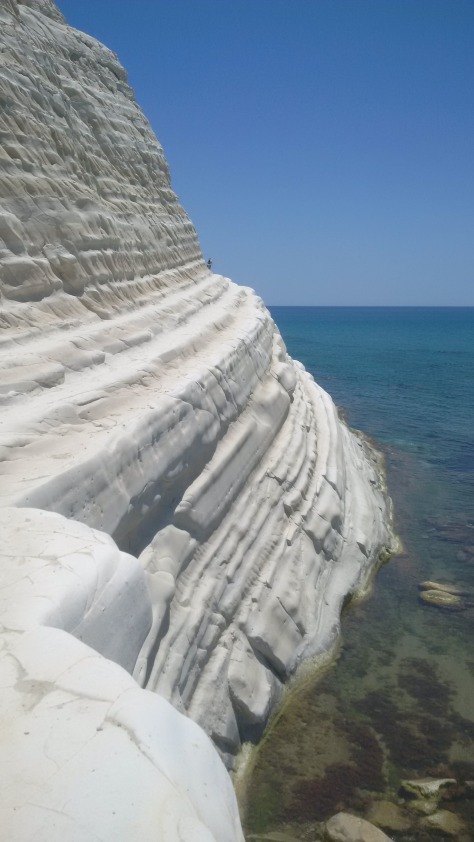 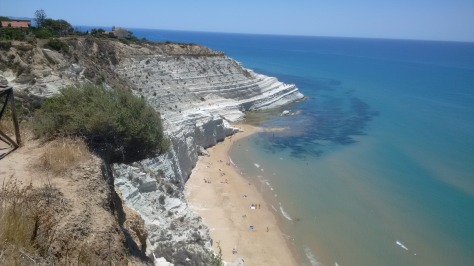